Our Hardisty terminal, which commenced operations in June 2014, is an origination terminal where we load various grades of Canadian crude oil received from the Western Canada Sedimentary Basin onto railcars for transportation to end markets. Additionally, the terminal will load DRUbit™ as a part of USD’s diluent recovery solution. Hardisty is one of the major crude oil hubs in North America and is an origination point for export pipelines to the United States. The Hardisty terminal can load up to three and a half 120-railcar unit trains per day and consists of a fixed loading rack with 30 railcar loading positions, a unit train staging area and loop tracks capable of holding five unit trains simultaneously. The terminal is also equipped with an on-site vapor management system that allows our customers to minimize hydrocarbon loss while improving safety during the loading process. Our Hardisty terminal receives inbound deliveries of crude oil through a direct pipeline connection from Gibson Energy Inc.'s Hardisty storage terminal. Gibson, one of the largest independent midstream companies in Canada, has 12 million barrels of storage and access to most of the major pipeline systems in the Hardisty hub. The terminal's strategic location and direct pipeline connection to substantial storage capacity provides efficient access to the major producers in the region. Our Hardisty terminal is also connected to the Canadian Pacific railroad's North Main Line, a high capacity line with the ability to service key refining markets across North America.

Hardisty South is an expansion of, and co-located with, our existing Hardisty terminal, adding 112,500 barrels per day of takeaway capacity to the terminal by modifying the existing loading rack and building additional infrastructure and trackage. The Hardisty South terminal can load up to one and a half 120-railcar unit trains per day and consists of a fixed loading rack with 62 railcar loading positions (combined with the Hardisty Terminal). The strategic positioning of the terminal facilitated the growth necessary to service the high third-party demand for Canadian heavy oil egress, and will play a key role in growing the DRUbit™ platform. 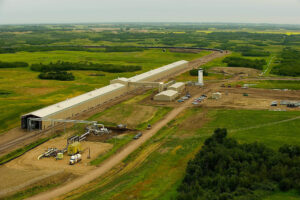 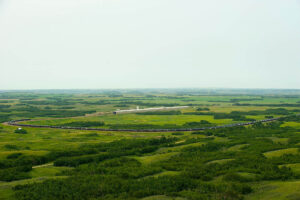 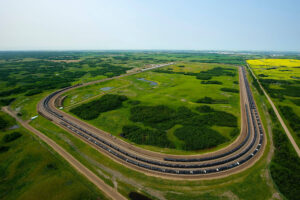 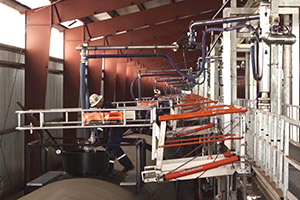 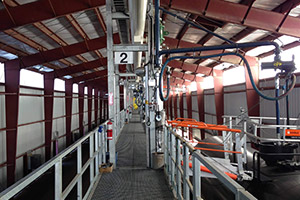